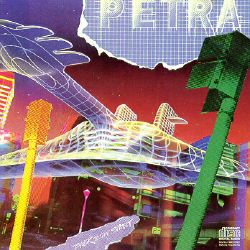 
You have always been – You will always be
Yesterday, today, and through eternity
I will always bow my knee
You will never cease to be I Am


(Chorus)
Everything that can be shaken will be shakin’ from within
Better have your house in order when the shaking begins
Shakin’ the house
Shakin, shakin’ the house


You examine your foundation – does it stand on rock or sand
When the smoke clears, does it bring fears – when the houses fall or stand
In the fire of refining – with the flames too high to douse
You remember someone saying it’s beginning in the house


Run for Cover
Letra e Música: Bob Hartman
Baseado em 1 Pedro 5:5
You muyst have seen the light somewhere along the way
The flashing warning sign that you would not obey
You ran the roadblock before the danger zone
You cut the lifeline – now you’re on your own


You want to call the shots – you want to take control
You want to throw the dice and gamble with your soul
Taking the liberties that grace will not afford
Is He your Master, can you call Him Lord?


There is no way to begin to tell you how I feel
There are no words to express how you’ve become so real
Jesus, You’ve given me so much I can’t repay
I have no offering


There is no way to begin to tell you how I feel
There’s nothing more I can say, and now way to repay
Your warming touch that melts my heart of stone
Your steadfast love – I’ll never be alone